Перевести страницу
Разработка смарт-контрактов и создание токенов на Ethereum, покупка и продажа ETH, другие консультации.
This page is incomplete and we'd love your help. Edit this page and add anything that you think might be useful to others.

An Ethereum account is an entity with an ether (ETH) balance that can send transactions on Ethereum. Accounts can be user-controlled or deployed as smart contracts.

Accounts are a very beginner-friendly topic. But to help you better understand this page, we recommend you first read through our introduction to Ethereum. 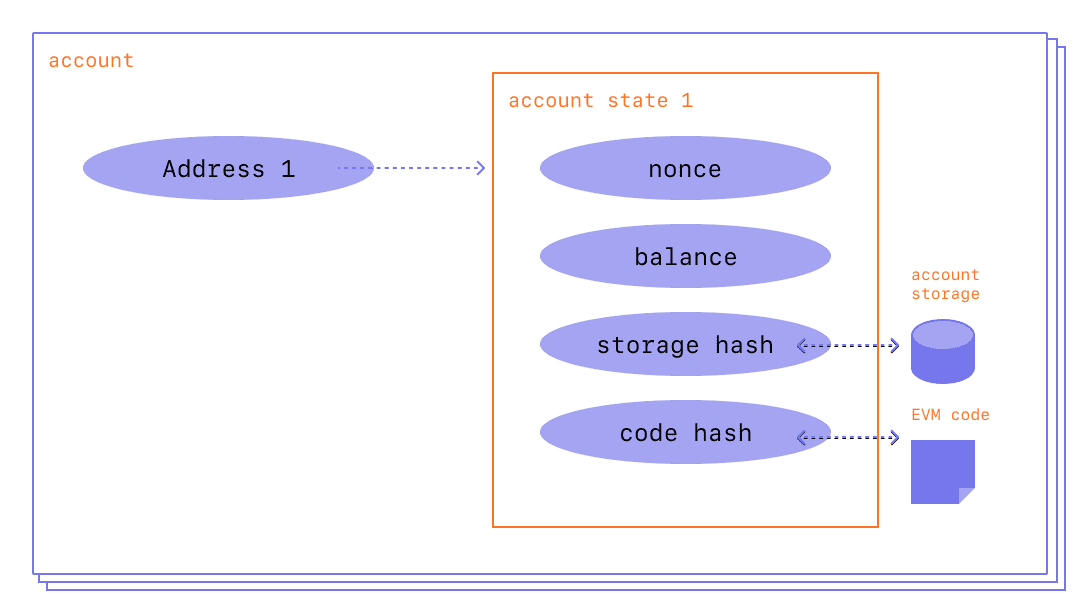 An account is made up of a cryptographic pair of keys: public and private. They help prove that a transaction was actually signed by the sender and prevent forgeries. Your private key is what you use to sign transactions, so it grants you custody over the funds associated with your account. You never really hold cryptocurrency, you hold private keys – the funds are always on Ethereum's ledger.

This prevents malicious actors from broadcasting fake transactions because you can always verify the sender of a transaction.

If Alice wants to send ether from her own account to Bob’s account, Alice needs to create a transaction request and send it out to the network for verification. Ethereum’s usage of public-key cryptography ensures that Alice can prove that she originally initiated the transaction request. Without cryptographic mechanisms, a malicious adversary Eve could simply publicly broadcast a request that looks something like “send 5 ETH from Alice’s account to Eve’s account,” and no one would be able to verify that it didn’t come from Alice.

When you want to create an account most libraries will generate you a random private key.

A private key is made up of 64 hex characters and can be encrypted with a password.

The public key is generated from the private key using Elliptic Curve Digital Signature Algorithm. You get a public address for your account by taking the last 20 bytes of the public key and adding 0x to the beginning.

You need a private key to sign messages and transactions which outputs a signature. Others can then take the signature to derive your public key, proving the author of the message. In your application, you can use a javascript library to send transactions to the network.

The contract address is usually given when a contract is deployed to the Ethereum Blockchain. The address comes from the creator's address and the number of transactions sent from that address (the “nonce”).

A note on wallets

An account is not a wallet. A wallet is the keypair associated with a user-owned account, which allow a user to make transactions from or manage the account.

Know of a community resource that helped you? Edit this page and add it!